The purpose of this study is to investigate the effect of hippotherapy exercise on the thickness of deep abdominal muscles and daily activities of children with intellectual disabilities.

Seven children with intellectual disabilities were treated with hippotherapy for 30 minutes twice a week for 6 weeks. The thickness of deep abdominal muscles and Functional Independence Measure (FIM) of the subjects were measured by ultrasonography before and after the experiment.

Based on the research results, there was no significant change in the thickness of the External Oblique and Internal Oblique muscles, but there was a statistically significant change in Transverse Adbominis thickness and FIM score after treatment compared to before treatment. In summary, hippotherapy exercise has a positive effect on the improvement of Transverse Abdominis (TrA) and activity of daily livings of children with intellectual disabilities.

The purpose of this study was to investigate the effects of hippotherapy on the thickness of deep abdominal muscles and the development of daily life function in children with intellectual disabilities, and the results are discussed. The hippotherapy is the exercise of whole body which has been shown to improve the function of joint movement, balance, and visuospatial coordination as well as restoring the function of weak physical function and weak walking ability.

Also, in this study, there was a statistically significant change after the hippotherapy as a result of the activity of daily living FIM (Functional Independence Measure). In this study, similar to the previous study, the sub items of FIM were improved on the whole. 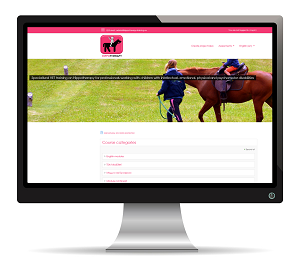